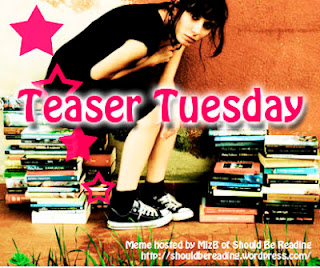 Kenzie took advantage of my surprise and stepped closer. I swallowed and resisted the urge to step back. Kenzie was shorter than me by several inches, but that fact seemed completely lost on her. "Don't worry tough guy. I don't have a boyfriend waiting to slug you in the bathrooms." Her eyes sparkled. "If it comes to that I'll slug you myself."

Julie Kagawa was born in Sacramento, California. But nothing exciting really happened to her there. So, at the age of nine she and her family moved to Hawaii, which she soon discovered was inhabited by large carnivorous insects, colonies of house geckos, and frequent hurricanes. She spent much of her time in the ocean, when she wasn't getting chased out of it by reef sharks, jellyfish, and the odd eel.
Reach her at:
TWITTER  +  WEB  +  FACEBOOK  +  BLOG
You can pre-order your copy at:
﻿
﻿